Ongoing Closure of Obsequies and Mosques Preventive Measure or Persecution against Specific Sect? 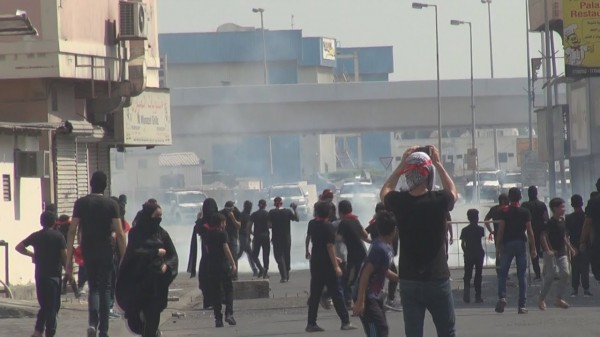 Bahrain Mirror (Exclusive): Bahraini citizens have wondered a lot about the reason behind keeping the obsequies (religious congregation halls) and mosques closed and the refusal to open them although people have shown readiness to comply with the necessary health measures, particularly with regards to the government's policy towards the gradual opening of facilities in the country. People started to think there are other reasons behind this closure, mainly, the sectarian prosecution the government has blatantly practiced since 2011, so are the people's doubts valid?

Going a little bit back and recounting the events, we will discover that Iran announced the first two Coronavirus deaths on February 21, at a time when there were about 2,000 Bahrainis in Iran. Bahrain announced the first case on February 24 and said it was of a citizen returning from Iran. Since then, newspapers and social media loyalists began attacking Shiite citizens.

Shiites were accused of bringing the virus into the country, and things went too far reaching the delay of the return of those stranded in Iran, while a number of Bahrainis in Italy, which was also a hot spot for the virus outbreak, were evacuated.

Politically, the King of Bahrain commissioned the Jaffaria Endowments Directorate instead of the Ministry of Foreign Affairs to follow up on the issue of stranded Bahrainis in Iran and to spend money "from the Jaffaria endowments funds" to provide housing for them, another insult to Shiite citizens. What took place at Muscat and Doha airports, in addition to cancelled scheduled flights, was a new level of unjustified sectarianism, which can only be understood in the context of punishing Bahraini Shiites only because they are Shiites.

However, Shiite Bahrainis were not being reckless, and the government's treatment was not due to any carelessness or non-compliance. Less than a week after the discovery of the first case, Al-Wefaq society called on citizens (March 1, 2020) to cooperate and undergo COVID-19 tests, especially those returning from Iran. On the following day, top Shiite clerics in Bahrain called (in an official statement) for the halt of religious activities in mosques and obsequies, noting that there was no official decision issued by the Jaffaria Waqf Directorate or the Supreme Council for Islamic Affairs.

In the framework of bearing national responsibility, Ayatollah Sheikh Isa Qassim issued a statement (March 11, 2020) directing citizens to suspend all religious and social activities, stressing that it is necessary to follow the health instructions issued by the competent authorities and those who are knowledgeable and trusted in this field. Nonetheless, the wise stances reflected by the Shiite figures were met with more incitement. Interior Minister Rashid bin Abdullah Al Khalifa accused Iran of a "biological aggression" against the country, in reference to the spread of virus to Bahrain through Shiite citizens who were on a religious trip in Iran.

However, these attempts of contempt were only met with more national responsibility, as Ayatollah Qassim issued (March 16, 2020) a statement thanking the released prisoners for not receiving congratulators due to the Coronavirus virus. Also, Al-Wefaq called on citizens to volunteer to fight the Coronavirus. Al-Ghuraifi also called for standing together to confront the pandemic and abide by health guidelines.

An Attempt to Understand

We will go beyond the state's incitement, contempt and politicization of the epidemic, and we will argue that the cause of all of the above was a specific party in the government that took advantage of all these circumstances to settle political scores with the country's Shiite majority.

Let's say Bahrain was new to facing the outbreak of the virus, like most countries in the world with limited possibilities and didn't have any experience in how to deal with such an epidemic, or how to fight it. We will assume that it hastily decided without scientific study to limit the spread of the virus as much as possible and prevent its outbreak in the country.

The government subsequently delayed the return of those trapped in one of hot spots at that time, Iran, and decided to place the stranded Bahrainis in hotels until they recover, with preliminary information on the 14-day incubation period of the virus, however, resulting in a limited number of citizens' deaths there.

Thereafter, citizens were brought in from abroad, and with more medical and scientific information on the virus and how to prevent it, and the accumulation of experiments of various countries across the world, the government decided to start the gradual opening of facilities, and announced (April 9, 2020) the resumption of work in shops and industries with the obligation of wearing masks in public places.

An Attempt to Impose New Reality

Meanwhile, citizens of all walks of life were keen to abide by health guidelines, while Shiite clerics left no chance to stress the need to follow the recommended procedures. As Ramadan approached, everyone was aware that mosques and obsequies would remain closed until the end of this exceptional circumstance.

At that time, the idea of reciting the Qur'an and some duas, through external loudspeakers, without opening the doors to the public, emerged to preserve the religious atmosphere of Ramadan in Shiite villages. However, the Jaffaria Endowments Directorate informed them of the decision banning the use of loudspeakers.

The decision itself was pessimistic and reflects the official authorities' attempt to exploit the spread of the virus in order to impose a new reality, a concern that was evident in Ayatollah Qassim's statement, which described the decision as a "suspicious step", calling on people not to abide by it.

Indeed, a number of mosques and obsequies ignored the Jaffaria's instructions, which led to summoning dozens of heads of obsequies and mosques (May 13, 2020) and forcing them to sign pledges not to use the loudspeakers again.

The government continued its gradual opening procedures, allowing (at a time when it prohibited the loudspeakers of obsequies and mosques) professional players to practice in outdoor stadiums and swimming pools. It also decided to reopen salons and barber shops (May 27, 2020), and sports activity was re-established from mid-July (health procedures and social distancing cannot be applied to mass sports which are based on the interaction and the presence of large numbers in small spaces without wearing masks). The government also allowed the reopening of gyms (closed spaces), outdoor playgrounds and swimming pools starting August 6th.

Meanwhile, some of the heads of obsequies tried to persuade the official authorities to open the obsequies and allow holding gatherings in open spaces, stressing the adherence to health guidelines inside the obsequies where wearing masks is a must, as well as measuring the attendances' temperature and allowing the entry of a specific age group (excluding children, the elderly and chronically ill people), while preventing overcrowding, in a way that attendance would not exceed half the capacity while maintaining social distancing procedures.

However, the government doesn't want to allow Shiites to practice their religious beliefs, knowing what Ashura season means to them, as expressed by the Supreme Council of Health Chairman Mohammed bin Abdullah Al Khalifa during a meeting with a number of representatives of the capital's obsequies and processions, according to local press, where Al Khalifa called on those he met with (online) to follow the path and abide by the recommended measures.

Shiites in Bahrain have shown sufficient awareness in their dealing with the Coronavirus crisis, and their senior scholars have preceded the state and its measures in calling for halting religious and social events, and with a clear vision on how to deal with this epidemic, and all they are asking for today is to practice their rituals, which the state apparently refuses to allow.