One-Year Jail Term Handed down to Defendants over Assembly Charge 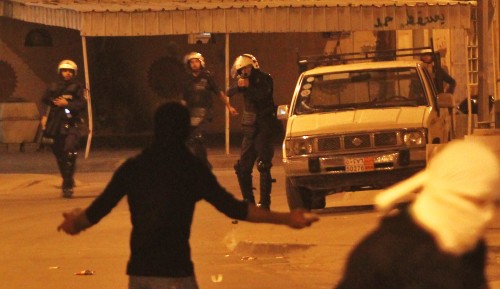 Bahrain Mirror: The High Criminal Court sentenced 3 defendants to one year in jail over assembling in Al-Khamis city.

The Interior Ministry said that it received a notice stating that 15 protestors set fire, blocked the street and threw stones against policemen. Only 3 of the protestors were caught.

The Public Prosecution accused the defendants of setting fire, along with other unknowns, on April 15, 2020, to the movables mentioned in the papers, which would put people's lives and money to danger. It also accused them of taking part, along with other unknowns, in an assembly of more than 5 persons, aiming at disrupting public peace, noting that they used violence to achieve the aim they gathered for.