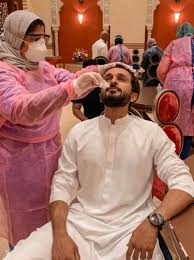 Bahrain Mirror (Exclusive): Bahrain has launched a public fundraising campaign to help ease pressure on the finances of the country, which is facing increasing difficulties with slow production and ongoing drop in oil prices.

To reduce social contact in order to limit the spread of the Coronavirus (COVID-19), the country suspended work in various sectors. Precautions have led to the closure of the country's ports and suspension of business life and services.

An agreement to cut production of oil-producing countries has failed to stimulate oil prices, which have reached the bottom due to the producers' competition for over a month.

The price of an oil barrel is approximately at $27, while Bahrain has adopted the price of $60 per barrel in this year's budget.

A report by Arqaam Capital predicts that the economies of the Gulf states will suffer a significant deficit in the fiscal year 2020. It is also expected that Bahrain's deficit will reach 8% of the GDP.

According to these predictions, Bahrain faces a deficit of $3.2 billion, equivalent to about 1.2 billion dinars.

Sources revealed, on March 20, 2020, that Bahrain had held talks with banks to obtain a loan of about $1 billion (375 million dinars) after it failed to issue international bonds due to poor market conditions.

He said in a video that he posted via his Instagram account, days later, that he is donating 1 million dinars to the "Feena Khair" campaign to put direct pressure on company owners, whom he invited to donate.

Even with his indirect warning to traders, the campaign failed to raise a great deal of money.

Organizers say that at the time of writing this report, the campaign has raised only about 15 million dinars.

The National Bank of Bahrain and Batelco Telecommunications donated about 7 million dinars.

The King, Prime Minister, Crown Prince, or even wealthy business families did not donate.

The ruling family has never provided financial assistance to the country's treasury. It always turns to wealthier neighboring countries to help them overcome crises or build infrastructure.

The King acquired submerged land and real estate projects in Bahrain worth more than 40 billion dinars.

According to international figures, the country's public debt exceeds the GDP and it is expected to go beyond 15 billion dinars.