Pompeo Thanks Bahrain for Protecting American Soldiers on Its Territories 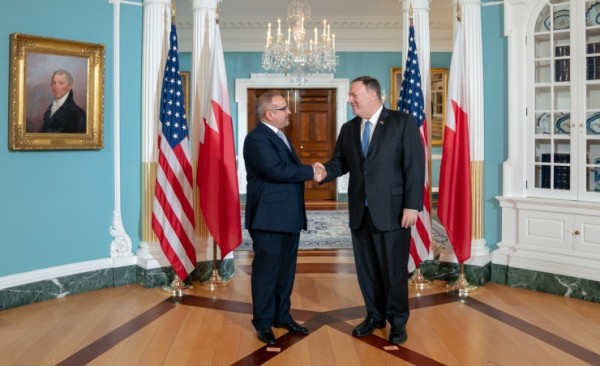 Bahrain News Agency said that the Crown Prince received a call from Pompeo.

During the call, the long-standing strategic relationship between the Kingdom of Bahrain and the United States of America was discussed, in addition to ongoing efforts to preserve stability in the region.

The call also touched upon recent developments in the region and stressed the importance of maintaining peace and security.

Pompeo noted in tweet that he underscored with Bahraini Crown Prince the importance of countering Iran's threats in the region.

"I thanked him for his partnership in protecting American personnel and facilities in Bahrain," he tweeted.

The call came in the wake of Washington's assassination of Iranian Quds Force commander Qasem Soleimani and others in Baghdad.