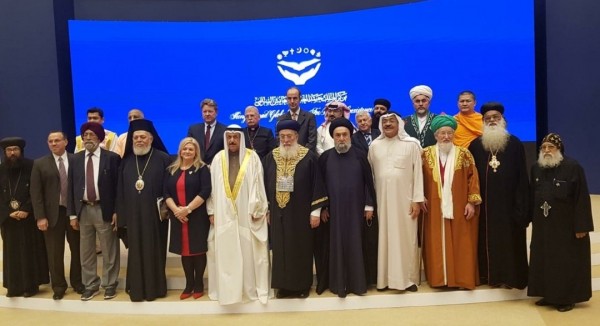 Bahrain Mirror: Hezbollah denounced the normalizing conference organized by the Bahraini kingdom under the pretext of "...religious freedom..." with noticeable Zionist participation.

Bahrain, through the event, "ignored sacrifices offered by both Lebanese and Palestinian people during the struggle with the Israeli enemy, as well as the continuous threats by this enemy and its brutal crimes against civilians," the statement added.

"Hezbollah firmly condemns the conspiratorial role played by Al Khalifa regime in normalizing ties with the enemy through receiving Israeli figures and propagating for the so-called concept of coexistence with these murderers," Hezbollah added, referring to the first normalizing conference which was held in Bahrain back in July.

The statement said that Bahraini regime exert worst forms of repression against its own people, stressing that such acts are aimed at "covering up its missing legitimacy through making from Bahrain and platform that can be exploited by the US and the Zionist enemy to spread through the Muslim and Arab nation."

Hezbollah also denounced the participation of Lebanese cleric Sayed Ali Al-Amin in Bahrain event, noting that his move "is an offense to the heritage of Muslim clerics who had studied in seminaries in Najaf, Qom and Jabal Amel."