Sudan Says it has Reduced Troops in Yemen to 5,000 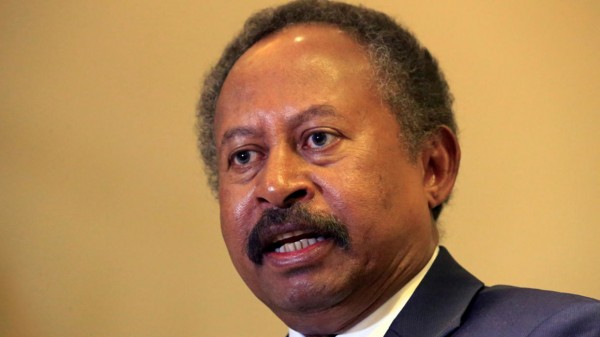 Bahrain Mirror- Reuters: Sudan's prime minister said on Sunday Khartoum had reduced the number of troops it has in Yemen from a peak of 15,000 to 5,000, confirming a drawdown in a conflict which he said could not be solved militarily.

Abdalla Hamdok, who heads a civilian government formed in September under a power-sharing deal with the military after it ousted long-term leader Omar al-Bashir, gave details of troop levels in public for the first time on his return from talks in Washington.

Sudanese troops have been deployed as part of a Saudi-led alliance that intervened in Yemen in 2015 against the Houthi movement that controls the capital, Sanaa.

"Regarding Yemen we said that there is no military solution and there must be a political solution," Hamdok told reporters at a briefing following his trip to Washington.

There had been speculation that Sudan would reduce its troop numbers since the United Arab Emirates (UAE) said in June it had down scaled down its military presence in Yemen, and later withdrew troops from the southern port of Aden.

The deployment of Sudanese troops in Yemen has also been criticized by some political groups.

The conflict is seen in the region as a proxy war between Saudi Arabia and Iran. The Houthis, who control most big urban centers, say they are fighting a corrupt system.

Riyadh has been holding informal talks with the Houthis since late September about a ceasefire, sources have said, as it seeks to exit an unpopular war following the troop withdrawals by the UAE, its main partner in the military coalition.

The war has killed tens of thousands of people and pushed millions to the brink of famine.

Hamdok said there had been no discussions during his visit to Washington about withdrawing Sudanese forces from Yemen.

During the visit, he said he had held successful talks with U.S. officials on Sudan's removal from the U.S. state sponsors of terrorism list, a step that would allow Khartoum to access badly needed financial support from international lenders.

The U.S. government added Sudan to its list of state sponsors of terrorism in 1993 over allegations that Bashir's Islamist government was supporting terrorist groups.

From an initial list of seven conditions for Sudan's removal from the list, including human rights and peace talks with rebels, all had been dealt with bar the issue of compensation for the families of victims of terrorist attacks, Hamdok told reporters at Khartoum airport.

Counter-terrorism cooperation was "ongoing issue", he said. Sudan's lifting from the list has to pass through Congress, and Hamdok said no timetable had been agreed for the process.

During his five-day visit Sudan and the United States agreed to exchange ambassadors for the first time in 23 years..

Hamdok said he had also held talks with the International Monetary Fund and World Bank over Sudan's foreign debt of nearly $60 billion.