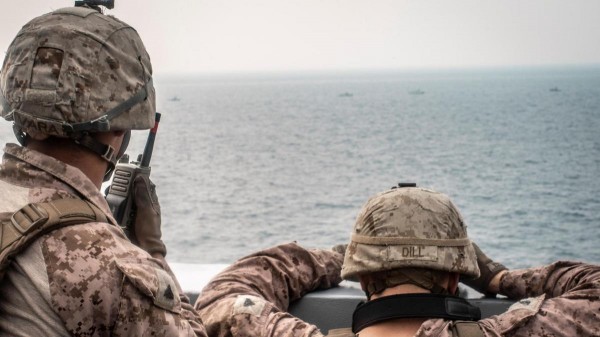 Bahrain Mirror- Reuters: The U.S.-led naval coalition in the Gulf, established in response to a series of attacks on oil tankers, opened a command center in Bahrain on Thursday, the U.S. Fifth Fleet said in a statement.

The attacks heightened the risk of disruption to Gulf oil exports shipped through the Strait of Hormuz. The United States blamed the attacks on Iran. Tehran denied the accusations.

The coalition is known as the International Maritime Security Construct (IMSC). Bahrain is also home to the Fifth Fleet.