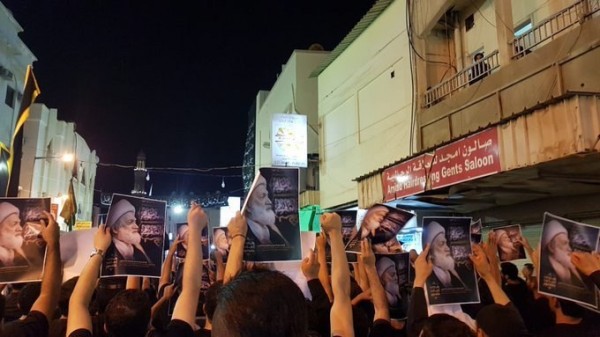 Bahrain Mirror: Activists on social media outlets said that the Bahraini authorities decided to arrest 6 citizens over charge of participating in the central prayers held on the eve of the 10th of Muharram in downtown Manama.

Last year, the authorities arrested dozens of citizens for participating in the central prayers held on the eve of 10th of Muharram in the capital Manama, in an attempt to further crackdown on the Shiite majority in practicing their religious rituals.