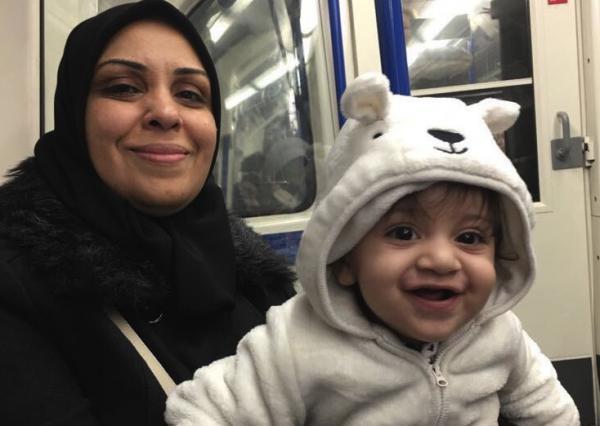 Detainee Hajar Mansour replied with tears when she was asked about her condition in an audio recording from prison. Hajar is no longer able to express her situation but with describing it as "suffocating". She repeated her statement with tears. Within less than one minute of the recorded audio, Hajar reiterated the word "suffocated" eight times, perhaps she thought saying it one time doesn't express the situation she is suffering from.

"Suffocation" is a strategy used by the Bahraini authorities in place of killing, which targets their political opponents. It is more dangerous than being killed, which happens only once. Suffocation is a daily form of slow killing, as being imprisoned is not enough to satisfy the grudge of the authorities that resorted to using isolation against detainees, as well as harassment and prevention of their simplest rights, in particular those related to freedom of practicing religious rituals that represent a great spiritual necessity, especially to the prisoners.

Hajar feels suffocated for being prevented from collectively exercising the religious rituals in addition to the ban on religious books used to commemorate these rites. The female political detainees were prevented from gathering to commemorate Ashura, which is considered a holy occasion to Shiites and which is a right guaranteed by the Bahraini Constitution. They were also prevented access to religious books used on this occasion. Hajar says that she only felt Ashura this year through her black clothes.

She feels suffocated. Hajar is harassed and under surveillance. Her daughter, Dua'a Al-Wadaei, said in an article published in the British Independent newspaper that she is confined for 23 hours a day. She has received no family visit since 6 months ago, after glass barriers were put up that prevent her from hugging her children and 91-year-old mother.

Hajar, who is serving her third year in prison, is being severely harassed. She says that among the 70 female prisoners in the same floor in Isa Town Women's Detention Centre, she is the only one being harassed and under surveillance even while making phone calls.

The Bahraini authorities released on August 8 four political prisoners, Amira Al-Qashaami, Faten Hussein, Hamida Jomaa and Mona Habib, after the judge issued a verdict that they serve their remaining 6-month-jail term in an alternative punishment. However, Hajar didn't receive a sentence similar to her fellow prisoners.

Hajar is serving her 3-year prison sentence over a bizarre charge which is: "plotting to plant a fake bomb". However, her son-in-law, political activist Ahmed Al-Wadaei, director of the Bahrain Institute for Rights and Democracy, says the arrest of his mother-in-law comes in retaliation for his political activism abroad.