A Letter from Bahrain’s Top Students to Dr. Koumbou Boly, UN Special Rapporteur on the Right to Education 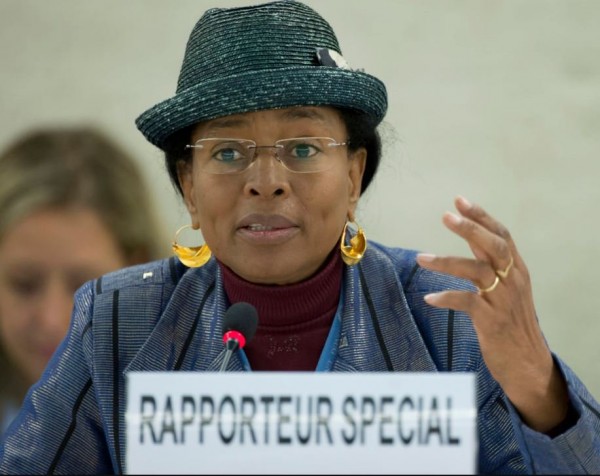 Bahrain Mirror (Exclusive): On January 24, Bahrain Mirror published a report directed at UNESCO entitled "The scary numbers UNESCO should address on International Day of Education". The report talked about the discrimination practiced with regards to educational scholarships in Bahrain. Unfortunately, the tragedy is being repeated now.

In 2011, Bahrainis participated in the wave of uprisings that swept the Arab world to demand democracy. This wave did not reach its goal, and like any dictatorial regime, the authorities carried out several punitive measures against the social groups that participated in this movement. This included the deprivation of top students from obtaining their natural right to university education scholarships that meet their preferences, although most of them have high scores over 95%.

There are statistics that document this discrimination from 2011 to 2016. The number of scholarships has been reduced, and most of them have been offered inside Bahrain rather than abroad. Several scholarships provided by friendly Western countries have been withheld, and placed under the approval of the King's royal court. They were concealed by direct orders from the media. Many scholarships granted to Bahrain by Arab and non-Arab countries were given to entities other than the King's Royal Court, such as the army, Ministry of Interior, Prime Minister's court and Crown Prince's court, to be distributed in the form of gifts and donations to the children of families with close ties to the government.

We know that your first inspiration is your grandmother through her strong and independent character, who, thanks to her inspiration, you became minister of education in your country (Burkina Faso) and you are now the UN special rapporteur on education. You were in Qatar last month to study the cases of Qatari students whose educational opportunities have been damaged by the blockade imposed by some Gulf States and Egypt.

We are here, near Qatar, in Bahrain. We tell you that we are adversely affected. The political regime in our country imposes a blockade on top students and prevents them from obtaining their rightful wishes in higher education scholarships.

If your grandmother's wishes come true, the wishes of grandmothers are dying in Bahrain. The authorities in Bahrain aspire to create lost and uneducated generations. It issues decisions that contribute to reducing the chances of top students in getting higher education. These measures can be deemed bureaucratic violence against citizens in the name of the law.

Education is the train that transports anyone from weakness to more powerful and higher quality levels. Nonetheless, the authorities in Bahrain are always trying to destroy this train in order not to allow the transportation of its passengers to the station of maturity and empowerment.

You know that discrimination against specific groups and violating their full right to education is against human rights. This is what is happening now in Bahrain, through banning hundreds of top students from their natural rights. These oppressed students can't resort to the judiciary to sue the parties that prevented them from their rights. Discrimination in education has become a reality in our country that is being established year after another.

We hope you will keep in mind that there are many young ladies in Bahrain who have your same ambition and have grandmothers like yours. However, their dreams are being destroyed by a regime that relies on discrimination and exclusion.