Democracy Key to Securing the Future of Bahrain's Young 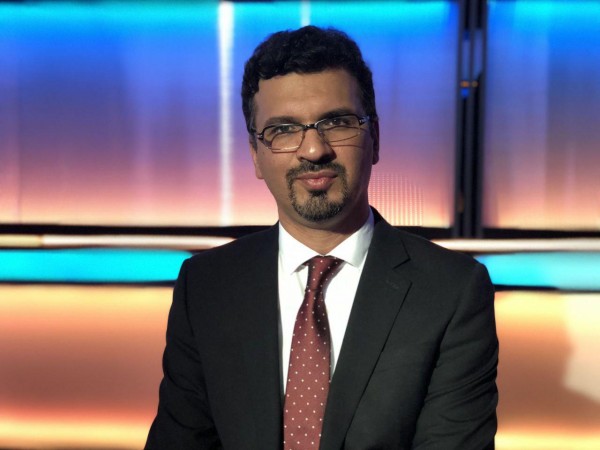 In April, the King of Bahrain announced a new Royal Directive aimed at embracing Bahraini youth  who he describes as "the nations source of strength". Whilst details of what this directive will actually concretely mean are yet to be announced - or indeed whether this is anything more than empty rhetoric - one thing should be certain; the youth of Bahrain are concerned with political reform and until this happens the future of the country will not reflect their aspirations.

In 2011 when thousands of Bahraini's took to the streets to demand democratic change, it was youth who led the way. And since this time it has continued to be the case, with young people demonstrating for theirs and their country's future. It is therefore appropriate for the King to address improving the lives of young people. But to divorce this from political reform is a mistake.

Following the 2011 protests, I attended a conference at Chatham House in London that sought to address youth perspectives on the future of Bahrain. It brought together both representatives of the Government, as well as the opposition and one of the key debates centred around whether the crisis in Bahrain was a political disagreement or a sectarian one. The question of young people in Bahrain is one where the fusion of these two ideas is perhaps more profound than anywhere else.

The sectarianism that exists in Bahrain is purposefully designed to maintain an autocratic political system. It exists to justify the rule of one family and is utilised especially when there are threats made to that rule. This was most evident following the crackdown in 2011 against the protests, that was undeniably sectarian in nature. Shi'ite workers were fired from their jobs, Shi'ite areas were blanketed with tear gas and Shi'ite students were denied scholarships or even expelled from schools and universities.

This has an effect on society and we have often warned of the dangers of stoking sectarian tensions in order to justify repressive practices, something even the Bahrain Independent Commission of Inquiry (BICI) picked up upon. Hatred between sects is not what causes divisions in Bahrain, but discriminatory measures certainly do. The case of the youth makes this clear.

The Government claim that unemployment in Bahrain is around 4% but, as with so many of the "official" statistics, there is real doubt over this. Estimates by the opposition put this figure much closer to 20%, meaning almost 1 in 5 people is without work. Despite young people being well-educated in Bahrain the pressures and difficulties of transferring this into employment is no doubt a serious concern. Meanwhile Shi'ite youth are marginalised in the job market and very often over-looked for roles, only adding to their anger upon leaving education.

The same pressures are felt in the housing market. It has been known for some time that Bahrain is suffering from an acute housing crisis  that is again felt most harshly by Shi'ite - and of course linked to the issue of job prospects. As young people consider settling down and starting a family they are faced with difficulties in housing and struggles to find a job, more so amongst Shi'ite who face regular discrimination in both these areas.

Meanwhile, the Ministry of Youth and Sports is ill-equipped to deal with the daily problems of young people. It is run under the sole authority of the ruling family and spear-headed by the Kings sons  It is both unable and unwilling to relate to the ongoing problems facing young people in Bahrain today.

This leads to real anger and resentment amongst the youth and why so many of them have taken part in protests for change. We have also seen a sad trend of an increasing number of young people engaging in violent acts as an expression of this anger. Whilst we have always rejected this sort of activity, and will continue to do so, the root causes of this sort of activity are impossible to ignore. A young person with their whole life ahead of them will only risk both their freedom and lives only if they feel there is nothing left to live for.

A Royal Directive and some choice words from the King will not remedy this problem. What is needed first and foremost is political reform that can end dictatorial rule and begin to create a fairer and importantly more efficient political system. With proper representation, Government held to account, and a plurality of voices we can stamp out the sectarian that blights so many of the young people in Bahrain.

Reducing the country's dependency on oil and building a sustainable development infrastructure will help alleviate the housing and employment problems, create jobs and give young people a future to look forward to. Bahrain has one of the fastest growing populations in the world meaning this problem will only become deeper if things remain as they are. The ruling family must stop focusing on short-term goals and remaining in power and open up participation.

This can only be achieved through serious political reform, stemming from a meaningful and real political dialogue  etween the opposition and the Government. The longer this is rejected the more dangerous the situation becomes, not just in the present, but for the future of Bahrain - that will be inherited by today's youth. A youth who are open-minded, tolerant and fair but increasingly worn down by a repressive and restrictive political establishment.