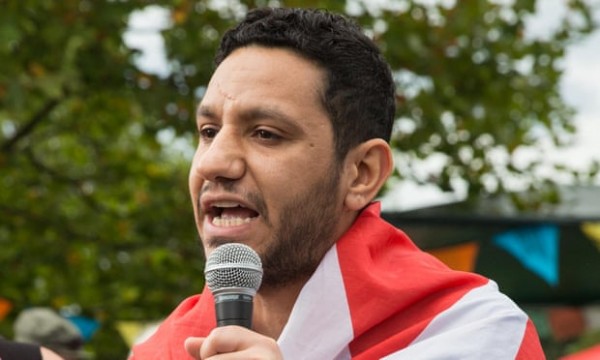 Bahrain Mirror (Exclusive): NGO representatives, lawyers and a cross-party group of parliamentarians called on the British government to act in defence of the UK-based human rights activist.

The Guardian published the letter that read:

"We write to express our deep concern for the family of Sayed Ahmed Al-Wadaei, director of the Bahrain Institute for Rights and Democracy (BIRD). Mr. Al-Wadaei was granted refugee status in the UK in 2012 in recognition of the dangers he faced in Bahrain. While in London, Mr. Al-Wadaei has continued to fight for the rights of torture victims and prisoners sentenced to death for peacefully protesting against the Bahraini regime.

The family of Mr. Al-Wadaei has been subjected to numerous human rights violations by the Bahraini authorities in response to BIRD's work, including arbitrary detention, unfair trial, ill-treatment and possible torture.

The United Nations working group on arbitrary detention concluded that Mr. Al-Wadaei's family were "deprived of their liberty, interrogated and prosecuted for their family ties with Sayed Ahmed Alwadaei and that these were acts of reprisal".

The Bahraini government responded with a smear campaign of false and misleading information about Mr. Al-Wadaei and his family.

Such abuse is an attempt to intimidate Mr. Al-Wadaei to prevent him from continuing his work. This has been condemned by over 80 members of the UK parliament.

The British government has repeatedly committed to support human rights defenders. It must condemn the persecution of Mr. Al-Wadaei and his family, assert his right to criticize abuses in Bahrain, and advocate for the release of his unlawfully detained family members. Security assistance to Bahrain should be conditional on Bahrain's adherence to its international human rights obligations."

Among the signatories were Lord Scriven and Caroline Lucas from Green party, Juan E Mendez, Former United Nations special rapporteur on torture, Maya Foa Director of Reprieve, Joe Stork Chair of the Advisory Board at the Gulf Centre for Human Rights, Jodie Ginsberg from Index on Censorship and others.