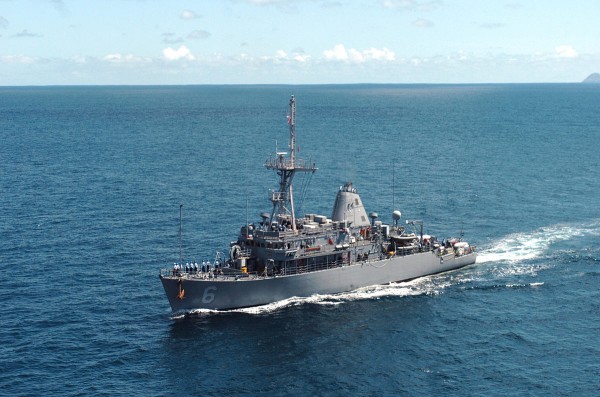 Bahrain Mirror: A fire broke out last night in the USS Devastator minesweeper while it was docked at the US naval base in Bahrain.

The blaze, which broke out at 8 pm local time, was extinguished within an hour by sailors from four other ships and the base fire department and the Bahrain Civil Defense Force, a news website said.

"No injuries were reported, while the extent of the damage caused by the fire is still being determined and the cause of the fire investigated," the site added.