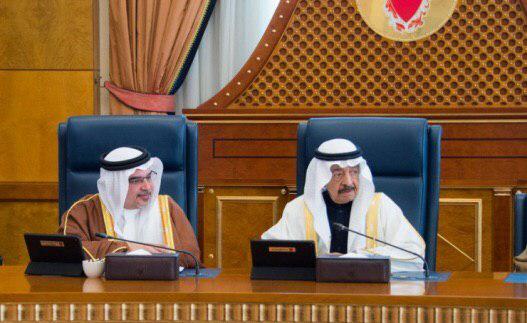 Bahrain Mirror (Exclusive): There is no legal term that can describe the government's expeditious referral of a bill allowing the government to benefit from the surplus of the Unemployment Insurance Fund to finance the voluntary retirement program.

This act is more of an extortion than a legal legislation. The government is trading its obligations to the unemployed by illegally appropriating the funds of the Unemployment Fund for financing the voluntary retirement program, which was supposed to have been launched based on a comprehensive study.

The Unemployment Insurance Act provides that beneficiaries of the insurance payments are government employees and civil servants who have lost their jobs or are seeking a job for the first time. They are compensated 60% of the wage they were paid before unemployment or at least 150 dinars for 6 months.

Surprisingly; however, the government, under the new legislation it referred to the parliament, conditioned raising the amount of benefits and extending the period by agreeing to fund the voluntary retirement program from the Unemployment Fund. The government has referred some 9,000 employees to retirement as part of procedures to achieve financial balance.

The surplus of the Unemployment Fund, which was launched in 2006, is about 600 million dinars. The Fund's resources come from the deduction of 1% of the wages of the insured in the public and private sectors, and a similar amount is paid by the government, as well as a similar percentage paid by the Labor Fund on behalf of the employers of the insured employees in the civil sector.

The government does not announce the real statistics of the unemployed in the country, as it says that the number of unemployed does not exceed 9,000. According to its announced figures, one can say that the benefits of the unemployed over a period of 9 months should not exceed 16 million dinars as a maximum, yet the law is giving it the right to take over the surplus which amounts to more than half a billion.

The government can make many financial excuses for resorting to the fund's money, but how can it justify this cheap trade-off with its obvious obligations to the unemployed? This is if we overlook its destructive policies in favor of foreigners, which has caused the accumulation of the lists of unemployed Bahrainis of various professions.

The government has completely destroyed the notion of ​​the unemployment insurance project as it is preparing to spend the money on matters that have nothing to do with what is stated in the law. This confirms that the Government did not have a prior plan for the funding of the voluntary retirement program or that it had a previous intention of using the money of the Unemployment Fund.