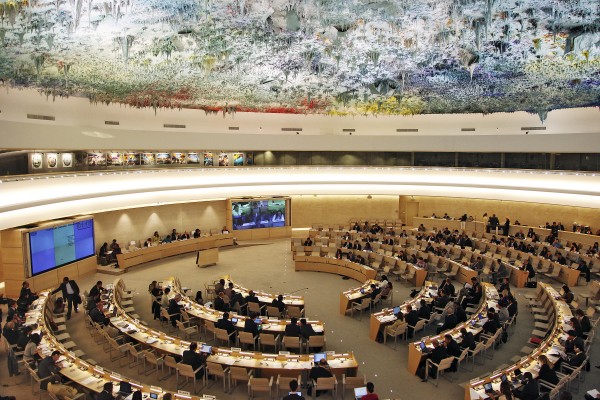 Bahrain Mirror- Reuters: European countries will urge Saudi Arabia this week to release detained activists and cooperate with a U.N.-led probe into the murder of journalist Jamal Khashoggi, in the first rebuke of the kingdom at the Human Rights Council, diplomats and campaigners said.

The joint statement, due to be read out on Thursday, comes amid growing concern about the fate of detainees, identified by watchdog groups as women's rights activists, after the public prosecutor was reported to be preparing their trials.

Iceland has led the initiative, winning support from European countries and possibly delegations from other regions for the criticism of Saudi Arabia, a member of the 47-nation forum, activists said.

"We believe that members of the Council have a particular responsibility to lead by example and put on the Council's agenda human rights issues that warrant our collective attention," an Icelandic diplomat told Reuters on Tuesday, adding rights in Saudi Arabia was one such instance and this view was shared by numerous countries.

Activists welcomed the move. Iceland was elected last year to take a seat on the council for the first time, replacing the United States which quit because of what it said was an anti-Israel bias.

In a statement welcoming what it said would be the first collective action at the council addressing human rights in Saudi Arabia, Human Rights Watch said rights council members should demand that Saudi Arabia cooperate with probes into Khashoggi's murder, stop targeting activists, journalists and critics and release wrongfully detained people.

"No State is above the law," said John Fisher, the group's Geneva director.

A Saudi minister told the Geneva talks last week that the kingdom would cooperate with its mechanisms, but he did not explicitly refer to the Khashoggi inquiry led by Agnes Callamard, U.N. investigator on extra-judicial executions.

Callamard said after a mission to Turkey last month that evidence pointed to a brutal murder of Khashoggi, a Washington-based journalist and critic of the Saudi government, that was "planned and perpetrated" by Saudi officials at its Istanbul consulate on Oct. 2.

U.N. rights experts said this week that Saudi Arabia is using its counter-terrorism laws to silence activists, in violation of international law guaranteeing freedom of speech.