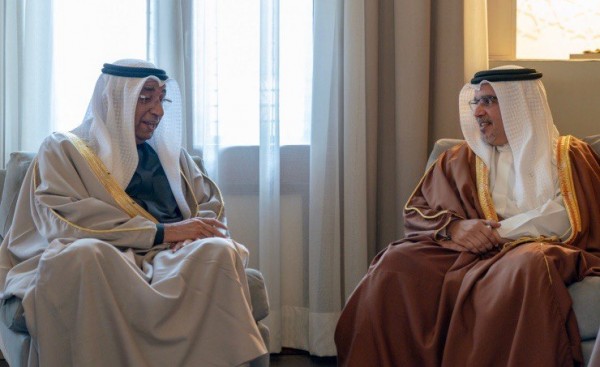 Bahrain Mirror (Exclusive): The ball of fire has grown- the louder the voices of disgruntled unemployed graduates become and the more the rivalry of foreigners with Bahraini merchants in the market intensifies, the harder it becomes for these issues to be avoided by the authorities or fall on deaf ears. Thus, the Crown Prince, the First Deputy Prime Minister, Salman bin Hamad Al Khalifa, began to make a move, through two routes, the first through who can be called his right hand, Mohammed bin Isa Al Khalifa, who manages the Tamkeen Fund, and the second through the leading voices of traders in the country, represented by the Bahrain Chamber of Commerce and Industry (BCCI).

The same question comes up again, what is going on between the government and the merchants? What is lies behind the announcement of a plan to accelerate the employment of unemployed Bahraini university graduates?

In October, the Bahraini government announced an economic austerity program based on a number of initiatives aimed at balancing the budget of the small Gulf state in 2022.

There was no delay in the repercussions, as any observer, one can see the growing public resentment and anger on both sides at the government's economic austerity policies, and frustration over the approach adopted by the Bahraini private sector in favoring foreign workers over Bahraini nationals.

Media outlets have showcased the sharp criticism by ordinary citizens and opposition and non-opposition figures alike of the scarcity of employment opportunities for Bahrainis. However, what concerned the government was the commercial sector's anger represented by the Bahrain Chamber of Commerce and Industry.

The president of the Chamber, Samir Nass, directed unprecedented criticism at the government. Looking a few months back, it would have been difficult to imagine that a person like him would launch such angry statements after the government opened the doors to the market, allowing foreigners to have ownership, also allowing the implementation of flexible permit employment, which contributed to great chaos in the commercial market, and the loss of thousands of opportunities from the grips of Bahraini citizens in the trade business or looking for a job.

The Government acted immediately. Both the Minister of Finance and the Minister of Industry and Commerce were sent to sit with the Chamber of Commerce and talk with them. This was followed by another meeting on the subject of a flexible work permits, a meeting which was followed by a news story that revealed the state point of view without mentioning the opinion of the traders. This prompted some of the media persons close to the authorities to warn of the failure of the dialogue with traders, who did not give any indication that they changed their mind.

Then PM Khalifa bin Salman, who had recovered from a short health setback, rushed to visit the Chamber of Commerce and holding a meeting with its leaders, as he is used to doing, to later make statements along the lines of: "We do not accept any competition with Bahrainis over their livelihood". This; however, had no effectiveness.

Again, nothing changed, so public criticism continued in the media, and even some of journalists linked to the prime minister gained some space to criticize the economic policies run by the crown prince and his team. A number of MPs also got involved by issuing critical remarks, making the ball of fire even bigger.

Amid the intensified and ongoing outrage, sense of humiliation and marginalization that various sectors suffered from, including citizens from both the opposition and loyalists, the Crown Prince, who with his team runs the economy with the full support of his father the king, decided to make a move in an attempt to ease public discontent with his policies. Newspapers reported last week that Minister of Labor Jameel Humaidan met with Tamkeen Chairman Mohammed bin Isa Al Khalifa and discussed devising a plan to accelerate the employment of university graduates.

The next day (February 17, 2019), a meeting between the Crown Prince and Chamber of Commerce Chairman Samir Nass and his two deputies was announced. The comments of the Crown Prince to the representatives of merchants (according to news agencies) gave the impression that he did not respond to anything of what they had proposed, as he referred them to "existing legislation and regulations...". Samir Nass; however, later expressed his satisfaction with the meeting with the Crown Prince, but hinted that the Chamber wanted to have a role in the economic decision-making process.

After the two meetings, it takes time to find out what is in the Crown Prince is up to, since he is now almost completely managing everything, as his uncle, the prime minister stepped back from the forefront. The Crown Prince has received all the support from Saudi Arabia and the UAE to be responsible of the implementation of the economic and administrative policies, so decisions are being issued on his part officially and publicly.

On Monday, February 18, the Prime Minister received his first deputy, Salman bin Hamad, at Al-Qudaibiya Palace. According to official state news, the two reviewed "efforts to hire graduates and train them to join jobs that fit their qualifications."

Two days after the announcement of the meeting of Humaidan and Mohammed bin Isa, MP Falah Hashim, during a seminar held at the Progressive Tribune Society headquarters, questioned the feasibility of the government's steps to address unemployment, stressing that its programs "failed to achieve its objectives to make the Bahraini element [citizen] first priority in the employment process."