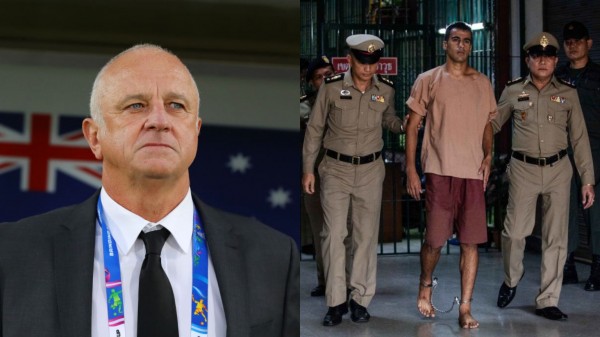 Bahrain Mirror (Exclusive): Protesting against the ongoing detention of football player Hakeem Al-Araibi, the Football Federation Australia has cancelled a proposed trip to Thailand as the under 23 men's national team prepares for its AFC U23 Championship qualifiers in March.

The Guardian newspaper described the event as the first punitive action taken against Thailand, on the sports level, in the case of Hakeem Al-Araibi.

The move comes after consultation with Australian National Team and Coach Graham Arnold.

Arnold said that the Australian National Team Department had put some preliminary plans in place to play against China in Bangkok, but "on our return from the recent AFC Asian Cup we reassessed our plans due to the ongoing detainment of Australian footballer Hakeem Al-Araibi in a Thai prison."

"We are in the process of rearranging our pre-tournament camp in another Asian nation.

"Australia's national teams are united in their support for Hakeem Al-Araibi and we call on the community to continue to campaign for his release," Arnold said.