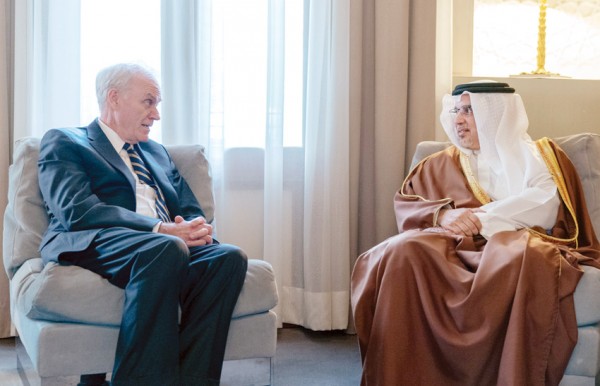 An official statement said that Salman discussed with his guest promoting relations between the two countries, especially in "military and defence fields", hailing US role in maintaining regional security and stability.

In the same context, the US minister visited Commander-in-Chief of Bahrain Defence Force (BDF) Khalifa bin Ahmed Al Khalifa who held a lunch banquet at the BDF Officers Club in honour of the US delegation on the occasion of their visit to Bahrain.