Thai Immigration Official: Bahrain Knew about Hakeem Al-Arabi’s Traveling, Coordinated with us to Arrest Him 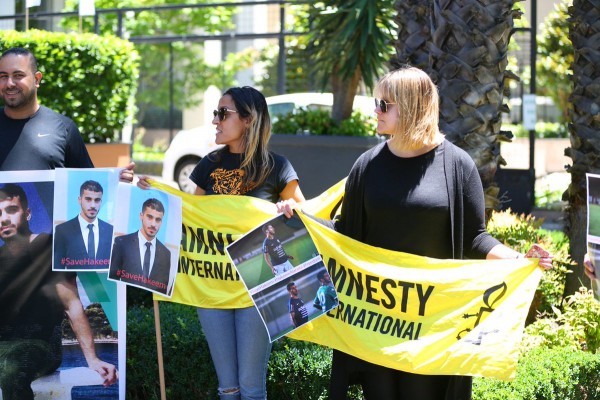 Bahrain Mirror: Thai authorities revealed on Wednesday that Bahrain knew that football player Hakeem Al-Araibi was traveling from Australia to Bangkok and coordinated with Thailand's authorities to arrest him.

In an interview with BBC Thai, head of Thailand's immigration bureau Surachet Hakparn said that "Bahrain requested the arrest of an Australia-based refugee prior to his arrival in Thailand".

has played down the importance of an Interpol red notice for the detention of Hakeem al-Araibi, 25, on November 27 at Suvarnabhumi airport.

Surachet said the main reason Al-Araibi was arrested was because the Foreign Affairs Ministry requested the Immigration Department to do so prior to his arrival.

"The Bahraini government knew that he would be arriving in Thailand [on the 27th of November], so they coordinated with Thailand's permanent secretary of foreign affairs to detain him, pending documents sent from Bahrain," Surachet said.

The British Daily Mail commented in a report on December 5, 2018 that this "raises the prospect he was under surveillance."