Ibrahim Sharif to Bahraini FM: It is Shame to Praise Enemy on Balfour Promise Anniversary 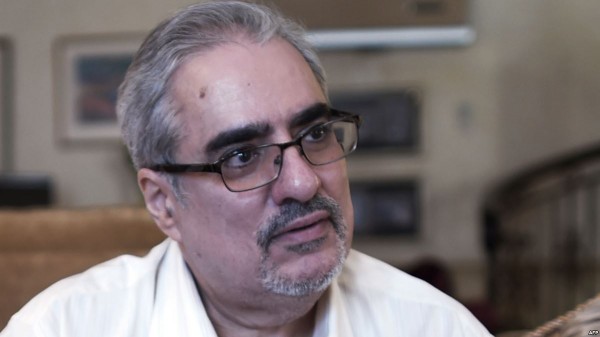 Bahrain Mirror: Wa'ad former Secretary-General Ibrahim Sharif regretted the statements of Bahraini Minister of Foreign Affairs Khalid bin Ahmed Al Khalifa in which he praised the Israeli Prime Minister Benjamin Netanyahu, considering that it is a "praise for the enemy on an ominous day". Ibrahim sharif said in a comment on his Twitter page on Friday (November 2, 2018) "Sheikh Khalid bin Ahmed has missed (or hasn't) that today is the 101st anniversary of Balfour; "the promise of he who doesn't own a land to those who don't deserve".

He added "it is sad that the minister remembers the "righteous deeds" of the most extremist PM in Israel, and forgets that it is the day in which this bad seed was planted in the Arab land. It is a shame."

The minister retweeted a statement for Netanyahu about the Saudi journalist Jamal Khashoggi quoted from an Israeli newspaper and posted by "Jerusalem Post" reporter Anna Ahronheim on her page. The Israeli PM described murder of Jamal Khashoggi as "horrendous" and said "at the same it is very important for the stability of the world, for the region and for the world, that Saudi Arabia remain stable." He added that "the larger problem I believe is Iran, and we have to make sure that Iran does not continue the malign activities that it has been engaged in over the last few weeks in Europe."

Yedioth Ahronoth newspaper revealed last week that Bahrain is secretly holding talks with Israel in preparation for open relations between the two countries. It added that the talks come in the framework of normalizing ties with the Arab states ahead of implementing the American plan, known as the "deal of the century", to end the conflict in the region.

On Saturday, Bahraini Foreign Minister Khalid Bin Ahmed Al Khalifa said that he "wishes success for the efforts being exerted by the Omani Sultan Qaboos Bin Said aimed at reviving the peace process between Israel and the Palestinians."