Interior Ministry: Passport Not Issued to Child Whose Father’s Citizenship was Revoked after He Fought in Syria 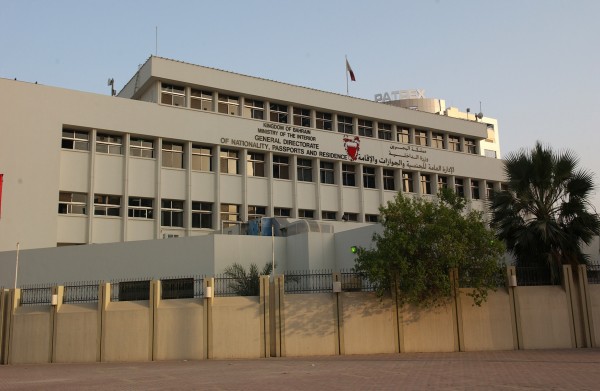 Bahrain Mirror: The Bahraini Ministry of Interior has explained that not issuing a Bahraini passport to a Bahraini child was due to the fact that her father, who went to Syria to fight with terrorist organizations, had his nationality revoked, according to a statement.

The Ministry said on its Twitter page that: "Following the follow-up of the security information center, about what was circulated on social media regarding a audio recording of a citizen demanding to meet the Minister of the Interior, and in light of the Minister's instructions to respond to all complaints and requests from citizens, the said person was interviewed on July 15, 2018, where he requested the issuance of a passport to the daughter of his wife's brother a passport. The child was born in Syria to a mother of Syrian nationality."

"The investigation revealed that the father of the girl went to Syria to fight with terrorist organizations, which led to the revocation of his Bahraini citizenship on January 29, 2015. Since the child was born after the date of the revocation of citizenship of her father, it is against the law to issue a Bahraini passport for her," the Ministry stressed.

Bahrain penalizes its citizens by revocation of nationality which has deprived many children of their right to nationality.