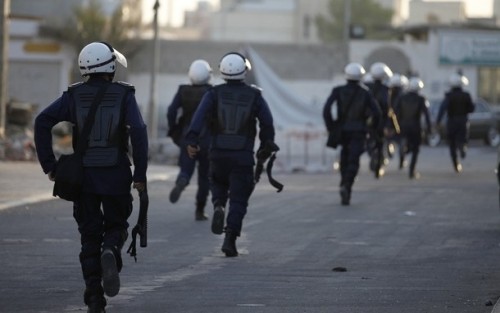 Bahrain Mirror- Reuters: Bahraini security forces detained family members of three U.K.-based activists on Saturday over their protests against the Gulf king's attendance at a royal horse show in Britain, one of the activists said.

Sayed Ahmed Alwadaei, the director of advocacy at the London-based Bahrain Institute for Rights and Democracy, said his sister had received a call summoning her to Muharraq police station for interrogation on Saturday morning.

"This is a new low by the Bahraini authorities: blackmailing activists by detaining their family members in Bahrain," said Alwadaei.

The father and sister of two other activists also informed their family members that they were being held.

A spokesman for the Bahraini interior ministry declined to comment.

Alwadaei's family members were previously detained in October, after he shouted at a car carrying King Hamad as it approached British Prime Minister Theresa May's office for a visit.

A mainly Shi'ite Muslim-led opposition in Bahrain has faced a government crackdown since last year in the Sunni-ruled Gulf kingdom, which is home to the U.S. Fifth Fleet.