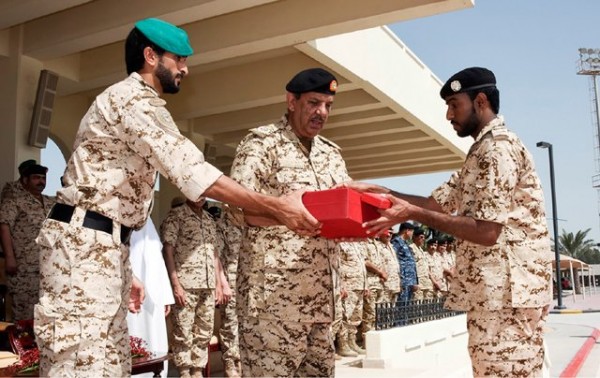 Khalifa bin Ahmad Al Khalifa honored a group of Bahrain Defense Force troops for taking part in what he called "the operation to restore hope in the sisterly Republic of Yemen, as part of the Saudi-led Arab coalition", the Bahrain News Agency Reported.

The troops were granted medals for their services in Yemen, in a ceremony held Wednesday morning.