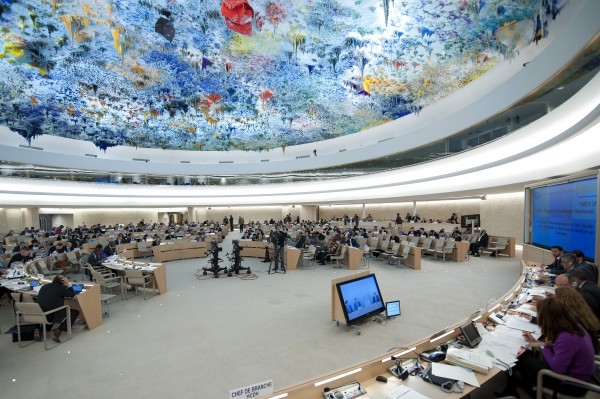 Bahrain Mirror: The United Nations' Human Rights Council (HRC) adopted on Friday (May 5, 2017) recommendations to Bahrain on its human rights record, at the end of the 27th session of the Universal Period Review (UPR) on Bahrain in Geneva.

In this context, the State of Qatar announced that it had withdrawn its recommendation to Bahrain during the comprehensive review session on Monday (May 1, 2017), in which it called for "effective measures to raise awareness of the rights enshrined in the conventions to which it has acceded to, related to the judiciary and law enforcement officials ".

The Chairman of the UPR Working Group on Bahrain talked about the draft recommendations report prepared on Bahrain.

President of the UN HRC announced the adoption of the final report with its remaining 175 recommendations, including a second recommendation by Qatar, in which it urged Bahrain to "promote health services for prisoners and detainees."

For his part, Bahraini government's representative in Geneva, Deputy Foreign Minister Abdullah al-Dossari, said that his country will "carefully examine all recommendations in the report, and will respond to the Council before its 36th session in September 2017."

In his speech before the UNHRC member-states, al-Dossari noted that many recommendations encouraged Bahrain to continue its efforts in human rights protection.

However, he neglected responding to any criticism addressed at Bahrain by member-states, among them calls on Bahrain to stop death penalties against dissidents, citizenship revocations, and discrimination against Shiites. Other states called on Bahrain to cooperate with UN mechanisms through inviting Special Rapporteurs to visit the country.

Moreover, al-Dossari said that "his delegation responded to "questions and remarks" of member-states", noting that he "transparently expressed his government's achievements on the human rights level."

He added that many of the intervening HRC member-states appreciated his country's achievements.