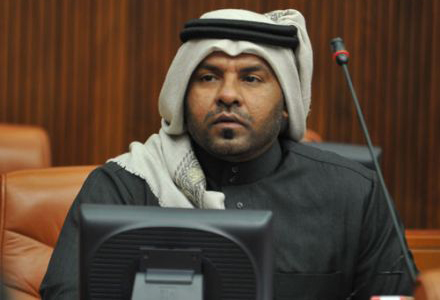 Bahrain Mirror: The Third High Criminal Court said the appeal of former MP Osama al-Tamimi against the charges accusing him of insulting a security officer during the 2014 elections, is not considered, as he wasn't present in court. This comes after a First Instance Court issued a 1-month prison sentence against him, and set his bail at 100 BD.

Authorities claimed that Al-Tamimi insulted a policeman on October 24, 2014, after denying him entry to the Khawla Secondary Girls School (headquarters of the Supervisory Committee for the parliamentary elections in capital governorate).