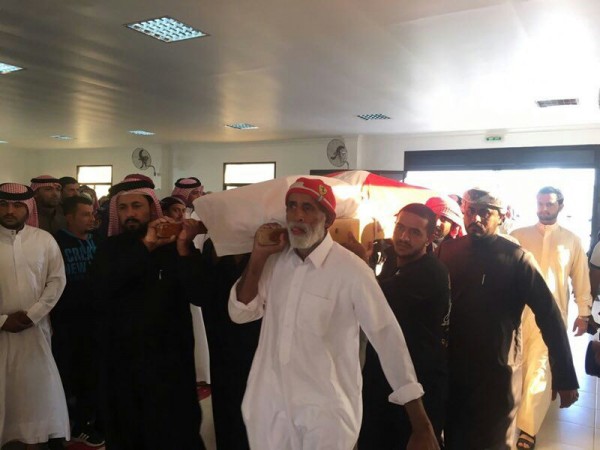 Bahrain Mirror: The deceased Yemeni officer, Abdulsalam Al Yafei, who the Ministry of Interior claimed to have been killed in an armed raid on "Jaw" Prison last week, was buried after a funeral, in Al Haniniya cemetery in Riffa (Friday, January 6, 2017).