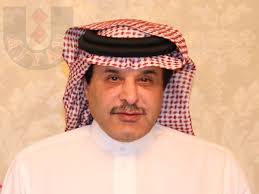 Commenting on Hassan Abdulnabi's Instagram page, Khalifa-one of the ruling family members- said that Shiites are "bastard children" and they "exchange their wives".

Khalifa, whose official account is followed by 45000 followers, attacked the Imams of Shia. Bahrain has not punished any of the ruling family members and government advocates since 2011, despite the repeated violations against the majority of people.

The Bahraini government is launching a wide attack on Shia, which made UN experts call to stop persecution against the sect.