Reuters: Bahrain to Try Scores of People on Charges of Setting up Militant Group 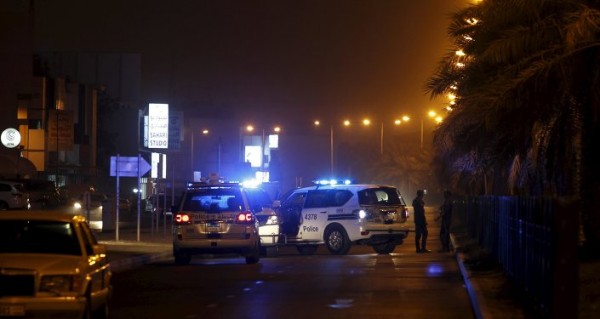 Bahrain Mirror - Reuters: Bahrain prosecutors said on Tuesday scores of people will stand trial next month on charges of setting up a "terrorist organisation", espionage and armed attacks on police officers.

The case pertains to Bahrain's allegation last year that Iranian Revolutionary Guards helped fugitives from the Western-allied Gulf kingdom join forces to set up a Shi'ite militant group called the Zulfiqar Brigades to destabilise the state.

Bahrain's Sunni Muslim monarchy survived an uprising in 2011 mainly by majority Shi'ite Muslims demanding democratic reform. But the island state has witnessed a series of bomb attacks since that the government says has killed nearly 20 police officers, as well as continued, sporadic Shi'ite unrest.

Bahrain, where the U.S. Fifth Fleet is based, has also been waging a crackdown on large Shi'ite opposition groups and rights activists, a campaign that has drawn international rebuke.

In a statement posted on social media, the public prosecutor's office said it had completed an investigation into the Zulfiqar Brigades and transferred the case to court.

Zulfiqar is named after a sword used by Imam Ali, the Prophet Mohammad's cousin who is the second most revered figure in Shi'ite Islam after the Prophet himself.

The prosecutor's statement said a total of 138 suspects had been referred to courts on various charges, including contacts with a "foreign power" - an allusion to Iran, possession of weapons and attacks on security forces.

It said that 86 suspects were in custody while the rest were on the run in either Iraq or Iran. A criminal court is due to start hearing the case on Aug. 23, the statement said.

Tensions have risen in Bahrain following a series of government security moves including the dissolution of the main opposition al-Wefaq group and the arrest of rights campaigner Nabeel Rajab over tweets he allegedly made about the Gulf Arab kingdom's prison system and its involvement in the war in Yemen.

Bahrain has also since revoked the citizenship of the spiritual leader of the country's Shi'ites, Ayatollah Isa Qassim, and charged him with collecting funds without a permit and money laundering.

Isa Qassim denies the charges. His trial is due to start on Wednesday.