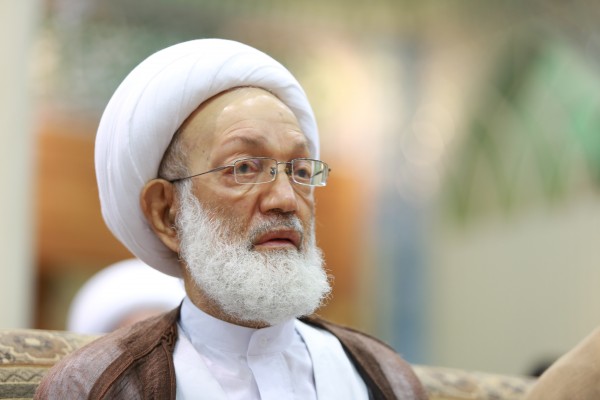 Bahrain Mirror: A number of the imprisoned opposition figures at Bahrain's Jaw Prison issued a statement in which they voiced their solidarity with Sheikh Isa Qassim and refusal of the measure against him.

"Attacking the venerable status of Ayatollah Sheikh Isa Ahmad Qassim is an attack against the whole sect. And indeed his sincere and patriotic character renders him a role model to every free person. The regime should have listened to Sheikh Qassim's words and wisdom, yet his words fell on deaf ears," read the statement

"We address the noble people of our nation who have made sacrifices to take a stance and defend Sheikh Isa Qassim, for taking a defeatist stance will only lead to disgrace and humiliation," the detained figures further noted on Wednesday (June 22, 2016).

They also called on the clerics in the country to rise together and support Sheikh Qassim, stressing on the significance of patience and determination to achieve the people's demands.