AP: Bahraini Secular Leader Gets Year in Prison for 2015 Speech 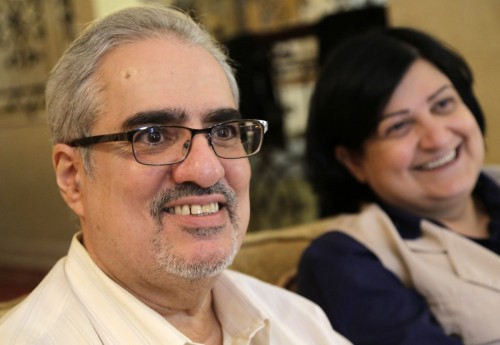 Bahrain Mirror (AP): A Bahraini court sentenced a secular political figure on Wednesday to a year in prison over a speech he made in 2015 calling for change in the tiny island kingdom.

Ibrahim Sharif, the former secretary-general of the National Democratic Action Society, was convicted on a charge of inciting hatred. The court dismissed a charge Sharif faced accusing him of promoting the toppling of Bahrain's government.

Sharif's lawyer, Sami Syadi, told The Associated Press that he planned to appeal. Sharif has been held since his arrest July 2015 and Syadi said he believed time his client already had served would count toward his sentence.

Sharif made the speech in July 2015, just a month after being freed after serving over four years in prison for his role in 2011 protests. In it, he said opponents of the government engaged in peaceful protests while authorities used violence to put down demonstrations.

"In our case, there is no going back to building a wall of fear," Sharif said. "The government is only strong when we are cowards and is weak when we are courageous."

Sharif, an economist and former banker, was one of several pro-democracy activists convicted by a military-led tribunal after a government crackdown on the protest movement. Other prominent opposition leaders and human rights activists remain behind bars.

Brian Dooley of the Washington-based group Human Rights First criticized Sharif's sentencing as "another severe setback to prospects for reconciliation and reform in Bahrain."

"This sentence says the Bahrain regime is rejecting moderate, inclusive politics and that dialogue is off the table," Dooley said in a statement. "It's a dangerous course and the U.S. government, which last week called for Sharif's release from jail, should be intensely alarmed at what happened today."