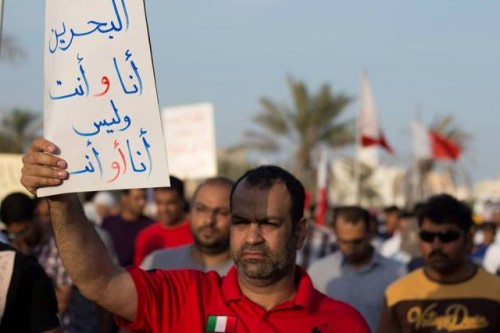 Bahrain Mirror (Exclusive): A research made by Carnegie's Alexandra Siegel confirms that the majority of sectarian Arabic tweets were sent from Gulf countries, mainly Saudi Arabia.

This analysis of over 7 million Arabic tweets from February to August 2015 found that counter-sectarian rhetoric was most frequently tweeted from Kuwait and Bahrain.

According to the analysis, anti-Shia rhetoric is much more common online than anti-Sunni or counter-sectarian rhetoric, pointing out that for those tweeting anti-Shia content, Saudi Arabia, Kuwait, and "land of God" (a phrase often used by pro-Islamic State accounts) are the most commonly listed locations.

There is much smaller volume of tweets containing anti-Sunni rhetoric relative to anti-Shia rhetoric, the research further stated, adding that "anti-Sunni tweets are much more likely to come from Twitter accounts with relatively few followers."

The most dramatic spike in tweets containing anti-Shia terms in the period under study occurred following the first air strikes in Yemen in late March, 2015 as the Saudis launched Operation Decisive Storm, read the analysis.

Taking to the Twitter sphere, clerics did not shy away from spewing rancorous rhetoric depicting the conflict in Yemen as a religious holy war. This was illustrated by a series of tweets sent by Saudi Sheikh Naser al-Omar to his 1.8 million Twitter followers, it added.

The analytical research also highlighted that the dominance of Saudi Arabia is likely a reflection of the fact that a substantial percentage of active Arab Twitter users are Saudi. Additionally, Saudi Arabia has a long history of sectarian tensions and is home to many Salafi clerics who are known to tweet inflammatory sectarian rhetoric. It is therefore unsurprising that sectarian tweets might be more common in Saudi Arabia than in other parts of the region.