New Commander Takes Helm of US Fifth Fleet in Bahrain 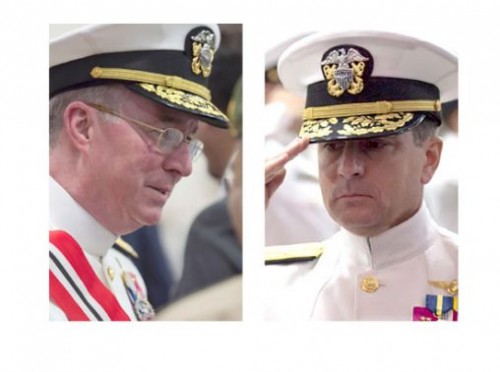 Bahrain Mirror: On Thursday night (September 3, 2015), Rear Admiral Kevin M. Donegan took over the command of the US Naval Forces, 5th Fleet based in Bahrain, in a ceremony aboard the USS Theodore Roosevelt (CVN71) at the Khalifa bin Salman Port in Hidd.

Vice Admiral John W. Miller. handed over his duties to the new commander in the presence of General Lloyd J. Austin, head of the US Central Command.

Miller has supervised the contribution of the US fifth fleet in airstrikes against the so-called Islamic State in Iraq and Greater Syria (ISIS), besides countering piracy and launching other military operations in the region.

During the ceremony, Miller received the Navy Unit Commendation Medal for his achievements in leading the fifth fleet.