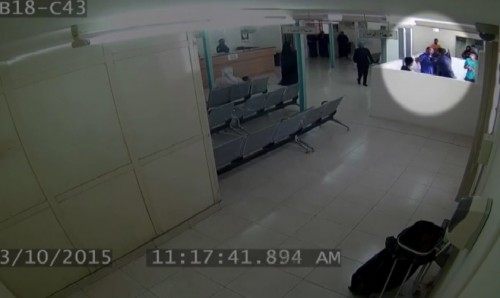 Bahrain Mirror: A Bahraini High Criminal Court, presided over by Judge Abdulla Al-Ashraf, along with the membership of judges Ali Al-Dhahrani and Hamad bin Salman Al Khalifa and Abdullah Mohammed as secretariat, decided on Thursday (July 23, 2015) to prosecute 57 accused over the riots that erupted on March 10 in Jaw Central Prison.

The court set September 17, 2015 as a date for the hearing to look into the case, announce the names of the accused who didn't show up, and assign a lawyer to the accused who appeared in the court except for the accused of numbers 15, 23, 26, 43, 50 and 51 while keeping the defendants in custody and giving a copy of their documents to their lawyers.

During yesterday's session (July 23, 2015), about 29 defendants appeared before the judge and denied the charges brought against them. However, one of them admitted that he damaged a glass window due to the suffocation cases that took place as a result of the tear gas canisters fired at them.  One of the accused raised his shirt to show the torture marks and the defendants demanded that they'd be examined by a forensics expert to prove that they are torture injuries. Meanwhile, one of them pointed out that they are victims not suspects. Another defendant imprisoned in a different cell block assured that there are was no damage in his cell block, so how could he be accused of causing damage!