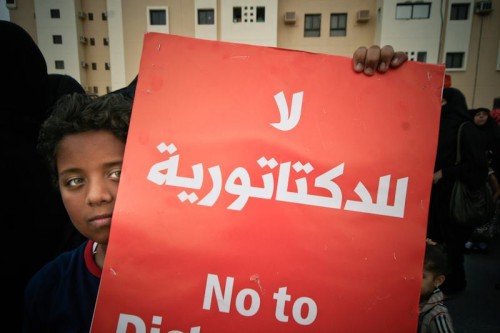 Bahrain Mirror: Al-Wefaq National Islamic Society said that there is widespread frustration and discontent among Bahraini families of distinct high school graduates who have been deprived of scholarships based on the policy of sectarian persecution adopted by the authorities.


"The distribution of scholarships is a humanitarian issue from which the Bahraini people are suffering due to sectarianism that undermines the ambitions and hopes of citizens and their families," said Al-Wefaq in a statement.

Al-Wefaq confirmed that a number of distinct students who graduated with a ratio higher than 98% have been deprived of scholarships. Others were given majors they didn't desire, this goes along with other troubles the students and their families will have to go through because of the official sectarian discrimination that is taking over many aspects of their lives in Bahrain.

Al-Wefaq stressed that the involved, unquestioned government and the unilateral management of every aspect of life in Bahrain puts issues like scholarships, jobs, religious rituals, state services at the mercy of sectarian discrimination and persecution.