Bahrain Mirror- AFP: Scores protested in Bahrain on Friday against the government's normalisation of ties with Israel, in a rare display of dissent in the small oil-rich kingdom, according to footage that has surfaced online.

One video, verified by AFP correspondents in the Gulf region, shows demonstrators hoisting Bahraini and Palestinian flags in the Shiite populated village of Abu-Saiba, near the capital Manama.

The demonstrators shouted "Normalisation is betrayal" as they walked through streets after Friday prayers.

Bahrain and the United Arab Emirates on Tuesday signed US-backed normalisation deals with Israel at the White House, breaking with decades of Arab consensus that there would be no relations with the Jewish state until it had made peace with the Palestinians.

Before Bahrain and the UAE, the only Arab nations to establish relations with Israel have been Egypt in 1979 and Jordan in 1994.

Both Manama and Dubai share with Israel a vehemently anti-Iran foreign policy stance and Tehran has slammed the normalisation moves.

But unlike in the UAE, opposition to normalisation runs deep in Bahrain, which has a history of open politics and civil society movements, even if they have been suppressed over the past decade.

In the wake of the Arab Spring protests in 2011, the Sunni monarchy accused thousands of dissidents from the Shiite majority of receiving their instructions from Iran.

Hundreds of citizens have since been jailed and some stripped of their citizenship over what the government says is "terrorism" linked to Iran.

Since 2011, protests have been extremely rare and are met harshly by security forces.

Authorities dissolved the two main opposition groups - Shiite group Al-Wefaq, which was the largest in parliament until 2011, and the secular National Democratic Action Society, or Al-Waad - over allegations of links to "terrorists."

Al-Wefaq, whose leader Sheikh Ali Salman has been behind bars since 2014, called the normalisation deal "a total betrayal of Islam and Arabism" on Twitter last week. 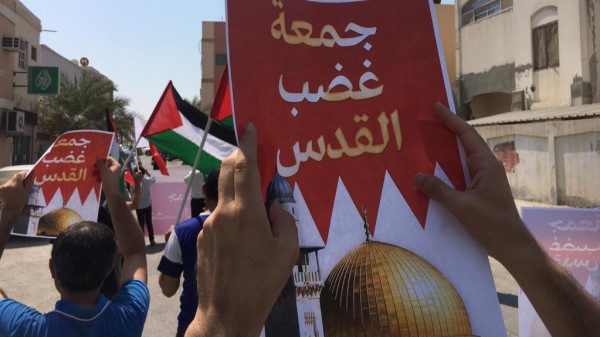