Kushner Visits Bahrain, Pushes It to Normalize with Israel

Bahrain Mirror: Jared Kushner, adviser and son-in-law of US President Donald Trump, visited Bahrain to pressure it for normalization with Israel, like the UAE, Reuters reported.

The King issued a similar statement last week when he met with US Secretary of State Mike Pompeo, who came to Bahrain to press its rulers to proceed with normalization with Israel like the Emirates.

It seems that the King of Bahrain's reference to Saudi Arabia means that Manama will not normalize before Riyadh, which analysts have attributed to a Saudi delay in normalizing with Israel. 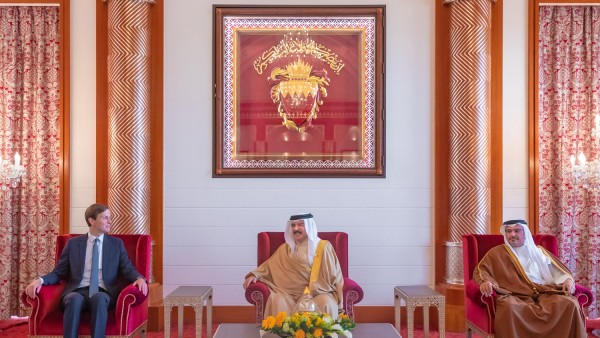