Bahrain: Why did Coronavirus Get out of Control?

Bahrain Mirror (Exclusive): Suddenly, nearly two months following the announcement of the first Coronavirus case in Bahrain, the numbers hiked beyond expectations, with Bahrain gradually climbing to the second highest country in the world in terms of the number of infections with respect to population.

Why did things get completely out of control?

Who's making the health decisions? 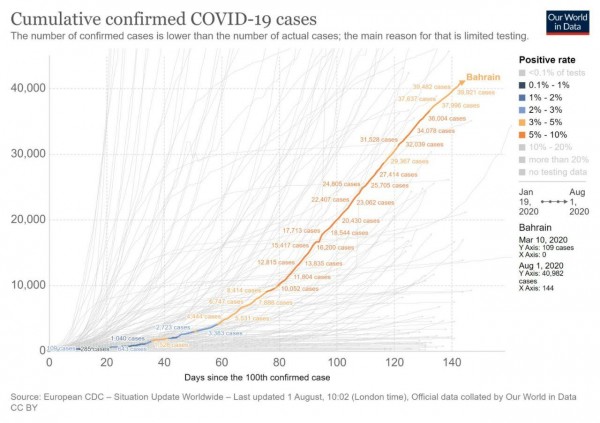 In Bahrain, the Coronavirus issue is not managed by the Health Minister as in all countries of the world. In fact, there is a dispute surrounding the issue among three parties, the first being the Minister of Health Faeqa Saleh and the two undersecretaries Walid Al-Manae and Maryam Al-Hajri, the second being the Defence Force (thevmilitary), and the third being the Supreme Council of Health, headed by Mohammed bin Abdullah bin Khalid Al Khalifa (former military doctor). This is the "unity of effort" puzzle advocated by the Crown Prince.

Although the anti-Corona team has many faces, in reality no one knows who makes the treatment and preventive protocols and who changes them? Despite the commendable explanations provided by Dr. Monaf Al-Qahtani and Dr. Jamila Al-Salman, there is no transparency about the mechanism of making the final decision, which bears the greatest responsibility for stopping or spreading the epidemic in Bahrain.

Is there a pressure on doctors and nurses that could have been avoided by stopping discrimination, exclusion and hasty policies (such as voluntary retirement)? Is there a conflict between the "medical" views of officials about the optimal choice and procedure, as in all countries of the world? Who has the last say regarding these "health" decisions? There are no answers.

Current figures mathematically show that the number of people infected is likely to worsen and multiply within a month (reaching 80,000) unless the imbalance and infection rate are controlled. Someone within the government, specifically in the medical sector, must take responsibility for this failure. In addition to shocking figures, many incidents suggest that something is going wrong.

For example, the Ministry of Health reportedly suspended one of the screening machines following several flawed results. However, until today, similar incidents continue to happen. A woman tested negative, but she received a call from the ministry the following day telling her she is infected and that she should come to undergo quarantine immediately. Some results are delayed due to the appearance of some unreasonable figures in the details of the analysis that require them to be re-conducted, some of which appear negative after they had been positive.

An elderly man tested positive and remained in the hospital for 10 days before being tested again and having a negative result. The doctor told him "You have a strong immune system now, you can go out and have contact with people." One week later, the man was transferred in an ambulance, and it was revealed that he had contracted the virus again (or he had been infected the whole time).

A case quarantined itself without examination for 10 days and then it tested positive despite the absence of any symptoms (i.e. the quarantine for ten days is not enough to permanently remove the virus. The quarantine was for 14 days earlier, but was suddenly reduced to 10)!

Also, why do the authorities decrease the number of tests on Eid holidays? How would this affect the spread of the virus during these four days and how long should patients with symptoms wait to get tested?

Confidence in the State

As the crisis continued, and with the Month of Ramadan beginning, people started to believe that they were safe from the pandemic, and therefore have gradually eased voluntary restrictions, surrendering to their innocent feelings towards each other. Despite the popular campaigns on social media, many have not committed to refraining from gatherings or visits, especially at the family level. One can only imagine how big an extended family in Bahraini society is.

Some people who hadn't contracted the disease considered these restrictions an exaggeration. Others went too far with the conspiracy theory, not believing it existed at all, questioning the numbers and doubting that infections happen without symptoms.

Many had symptoms and did not care to have themselves tested until the disease had worsened, thinking that nothing was useful, as there was no medicine or treatment, or because they couldn't be quarantined now, according to them. Some reopened their houses indifferently, while others held funerals for the deceased, despite all the warnings.

Some people do not even wear masks for countless reasons and justifications, and there are those who do not believe in social distancing. Someone who were tested for being in contact with infected people are asked to undergo a voluntary quarantine, however, they go home, leave the phone through which they are being monitored and go out freely. There are those who do not wait for the result of their tests and then discover that they are infected after going out and socializing with people.

In the face of this development, the government began to consider the lost role of social authority, which has been destroyed and rooted up by the political crackdown.

There is no longer a central reference for people regarding social decisions, decisions that belong to them as a group and that have no role or participation in the administration of the state, like community authority, which is usually a political or religious authority that replaces the state in guiding and directing the masses. People will not listen to Mohammad bin Abdullah or Faeqa Saleh when it comes to their homes and families

Perhaps, the Coronavirus crisis may not prompt the state to think thoroughly about the existence of independent political and religious institutions in the country and respect their social role, fearing their influence and ability to mobilize. On the political level, the state does not care about people's trust or the gap it has created between them. It fears the power of the people and their institutions much more than the Coronavirus pandemic itself. It's therefore a weak argument. In order to be recognized by the state, and for the government to gain the people's trust, we will need much greater horrors than just a malicious virus. 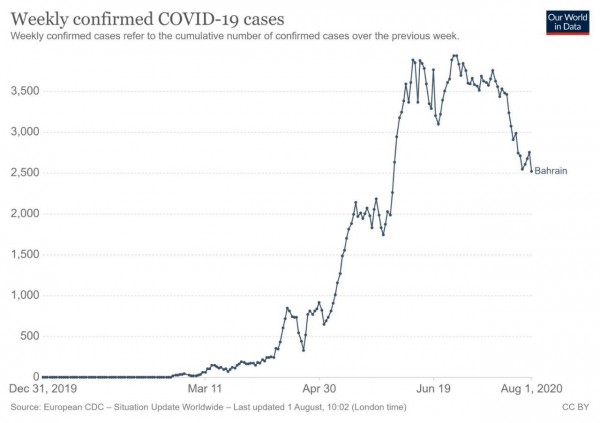 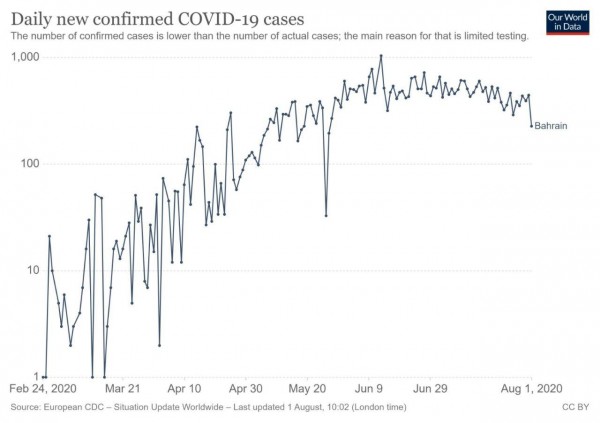 * Despite measures and precautions, the state has failed to contain infection among people