Bahrain Mirror (Exclusive): The number of Coronavirus (Covid-19) cases in Bahrain exceeded 25,000 on Sunday, June 28, 2020, while the Ministry of Health announced the death of four patients at once, bringing the death toll to 83.

Bahrain is the fourth country across the world in terms of Coronavirus cases with respect to population, and second after Qatar in countries with a population of more than 100,000, according to global statistics websites. The infection index was only 3,000 in early May, and dramatically rose to 11,000 in early June. It continued to increase with jumps of more than 700 infections per day, surpassing a total of 25,000.

The intensive care units of state hospitals have been facing severe pressure in recent days after the introduction of 10 cases in one day, bringing the number of critical cases to 38, while not exceeding 9 cases at the beginning of this month.

Information says that the Coordinating Committee, chaired by the Crown Prince, abstained from easing restrictions on commercial activities and otherwise after the number of active cases and deceased hiked last week.

Data at Bahrain International Airport showed a schedule of commercial flights from Pakistan, Thailand, the Philippines, Bosnia, Abu Dhabi, Dubai and Dammam, while more flights are planned to be allowed next month, with many countries around the world easing travel restrictions. 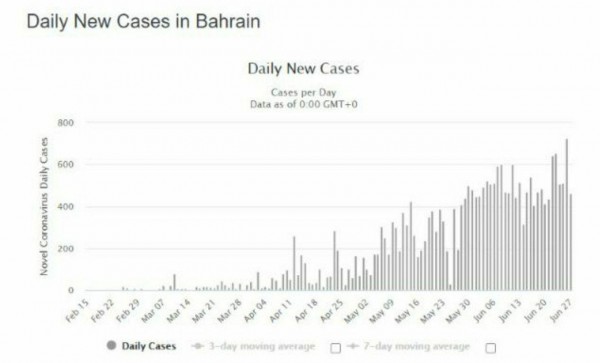 Bahrain International Airport announced last week more "safety measures and precautions" for passengers and arrivals, on the eve of resuming some flights, and confirmed that all arrivals through the airport would continue to be subjected to self-isolation or a 14-day quarantine.

Although many countries, such as Lebanon and the UAE, are satisfied with the PCR test before departure and on arrival, to allow the entry of passengers to the country, Bahrain airport's updated instructions have been clear that arrivals are constantly forced to self-isolate or undergo a 14-day quarantine, making it difficult to receive any tourists.

This month, the government launched a campaign to restore its place as a tourist destination, especially among the Saudi population, although it has not yet lifted restrictions on traveling.

In the same context, King Fahd Causeway Authority responded to the repeated rumors about the date of opening the causeway, saying that resuming travel through the bridge will be determined by the competent authorities. 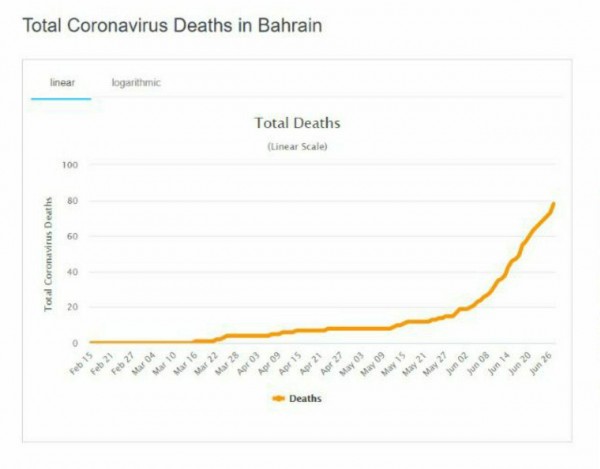