Bahrain Mirror (Exclusive): A stale and cold hamburger sandwich makes prisoners who are served nothing but bad food happy. Thursday night is the prisoners' favorite night, as this cold meal is the reason for their joy.

Activist Ali Mhanna who was released on August 6 mentioned facts via his Instagram account regarding the situation inside the notorious Jaw Central Prison. We list them below as recounted by Mhanna.

Mhanna says "Thursday's dinner is considered the favorite and special meal for many in Jaw Prison. You can feel their happiness on this night because of this dinner. Some prisoners eat the meal as soon as it arrives because they love it a lot."

The meal to which prisoners react as if it's a gift from heaven is merely a "hamburger sandwich" which is only served on this night.

He concludes by saying that it's "a painful fact that makes me cry every Thursday night".

"How is the situation of our prisoners when diseases are spread and they know that they will get infected no matter how hard they try to avoid it, because the cell is poorly ventilated, and the disease is easy and fast to spread?" he added.

Ali Mhanna asks: "Do you know that we had to treat ourselves while in prison or endure the disease and pain until we get cured because the chance of going to the clinic is slim? Do you know that our wait for medicine would last for days, especially when our visit to the clinic coincides with a weekend or an official holiday, and the medicine may not be even provided?"

"Do you know that only some prisoners are treated for conditions resulting from malnutrition like diarrhea or bad ventilation like scabies despite the spread of the condition?"

The Best Thing in Prison

Besides recounting the difficulties and sufferings in prison, Mhanna talked about the beautiful aspect of this bad experience. He says "despite the harshness of prison, I saw beautiful things in it." It was very pleasant to listen to some prisoners talk with pride and admiration about their wives who refused getting a divorce despite the lengthy prison terms raised against the husbands. It was very nice to see the determination of some prisoners in pursuing their studies despite the difficulty amid the prison's harsh conditions. It was very nice to see a lot of prisoners cooperating and racing to serve others.

"We shall not underestimate the calamity for it shows the most beautiful in us despite intensifying and lasting for a long time".

Activist Ali Mhanna was imprisoned more than once due to his peaceful activism. He was recently imprisoned for one year for taking part in the sit-in held outside the house of Ayatollah Sheikh Isa Qassim, which was cleared by the authorities in an attack that left 5 killed and around 300 arrested. 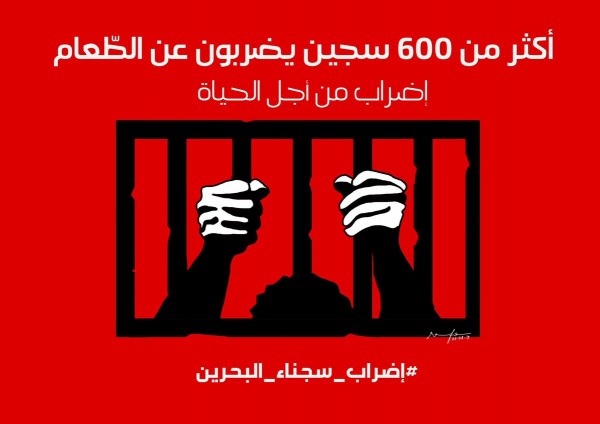