Bahrain Mirror (Exclusive): The hunger strike battle entered its sixth day, while the Jaw prison administration turns a blind eye to the prisoners' demands, exerts more pressure and threatens them that worse is to come.

According to the Bahrain Forum for Human Rights, symptoms of hunger strike started to appear on prisoners of conscience Mohammad Fakhrawi and Abbas Malulla since day four, as they started to have unstable heart beats, and Abbas Malulla suffers from blood in his stool. However, the prison administration didn't care about the two prisoners' conditions and didn't even transfer them to get examined and treated. Instead, officer Hamad Abdulhamid summoned inmate Fakhrawi, nephew of martyr Karim Fakhrawi, and warned him, saying: "You bear the responsibility for your actions". Al-Fakhrawi answered: "It's you who bear the reasonability. I am imprisoned and you are responsible for anything that happens to me". The officer then told him "the demands you are seeking through your hunger strike are illegitimate." Al-Fakhrawi stressed that "the demands are legitimate and can be met." The officer warned him to stop the hunger strike because they will not reach their demands. Meanwhile, Al-Fakhrawi asserted that they will continue their hunger strike until they reach their demands.

Instead of listening to the prisoners' demands, the prison administration prevented brothers Ali and Mohammad Al-Fakhrawi from their scheduled family visit without giving a reason or legal justification.

As for the prisoners' health condition, Abdulshaheed, father of one of the political prisoners, wrote about his son's health saying: "We visited my son yesterday in Dry Dock Prison, where he is being held along with 23 others in isolation due to negligence in treatment, unhealthy environment, and not allowing them to go out in the sun more than once. He also told us that prisoners in buildings 16 and 17 started a hunger strike 3 days ago in solidarity with prisoners in Jaw prison."

A Twitter user said that some of the isolation prisoners who are on hunger strike were referred to the Jaw prison administration, where a number of officers were waiting for them to learn the reason behind the strike. The prisoners told them that they want to be integrated with other prisoners, be allowed to freely perform religious rituals and congregational prayers, have the glass barrier during visits removed and the time allowed to spend under the sun increased. She also stated that prisoners complained to the prison administration about their deteriorating conditions they have been suffering years and that are still getting worse. The officer then asked them to stop the hunger strike until their complaints are looked into. The prisoners; however, refused to stop their strike until they see concrete results.

Meanwhile, some of the prisoners on hunger strike were banned from visits, phone calls and contacting their families. They were also prevented from going to the canteen and buying basic hygiene products, which are the only things they are allowed to purchase, so the prison administration imposed more restrictions on them instead of meeting their demands.

Human rights activist Zainab Khamis received a phone call from Dry Dock Prison, from prisoners of building 16, telling her that the riot police raided the cell block and threatened them in an attempt to intimidate them with cutting off water and air conditioning from the cells to force prisoners stop their hunger strike.

This is what happened to the prisoners on hunger strike so far as they enter their sixth day. The question is: will the prison administration meet the prisoners' simple and humanitarian demands, or will it escalate the situation instead of calming it down as took place after the March 10, 2015 incidents? 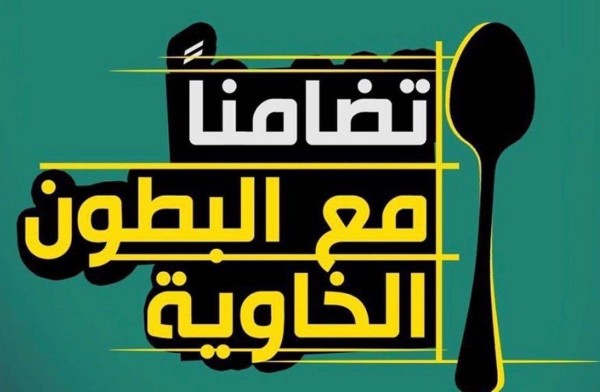