After Preventing him from Traveling, Subpoena from Al-Houra Police Station Demanding Al-Tamimi to Attend

Human rights activist Ibtisam Al-Saegh said that the police handed in the subpoena with a verbal threat to raid the house in case he doesn't attend. Meanwhile, Al-Tamimi was in a private clinic due to a nose bleeding.

Al-Tamimi suffered a brain stroke few days ago after he was arbitrarily arrested from his house. He was released later.

Al-Tamimi attempted to leave the country to  receive treatment, however, he was surprised that he is banned from traveling, without knowing the reason. 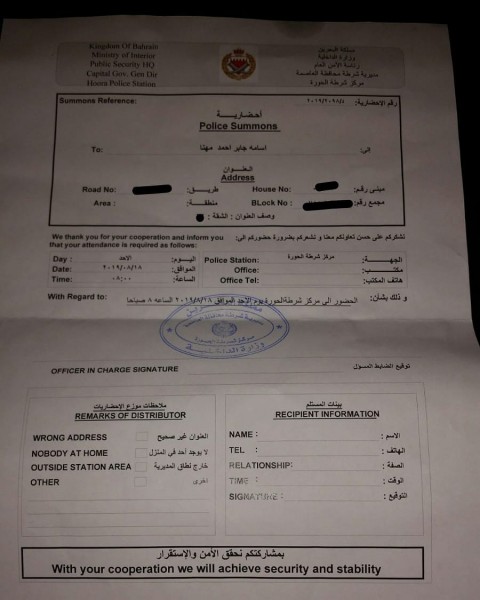